Lpro Boot Disk v2.2 Latest Version Free Download.  is a tool to disable and bypass Passcodes with Sim working, Facetime working and iCloud Sign In working. This tool doesn’t require jailbreaking. It supports versions 6s through X, and versions 14 through 15. You can now bypass signal disable and passcode-ios version 15.2 15.3 15.4 with this tool. This tool is premium and requires registration. It supports iOS 11 and the most recent version of the tool. This tool was developed by LU Team. 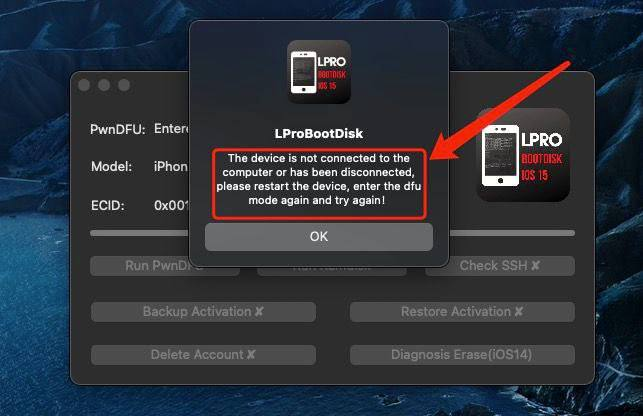 New Project Beta
If u have a fresh passcode locked device and will test the new tool
Contact @ibocloud for a beta test – On Telegram
LPro Passcode RAM One-Click Tool First in the market
After the Beta test, we will search for resellers that can hold the market rules

Lpro boot disk 1.5 can be used to bypass Passcodes and disable Sim working, Facetime working, and iCloud sign-in working. This tool does not require jailbreaking. It supports versions 6s to X and versions 14 to 15. This tool can be used to bypass signal disable and passcode ios version 15.2 15.3 15.4. Registering is required for this premium tool. This tool supports iOS 11 and the latest version. It is not intended for any kind of exploitative use.

Passcode-ios version 15.2 15.3 15.4 and bypass signal disable with Lpro Boot Disk 1. This new tool doesn’t require jailbreaking. It is compatible with iOS 11 and the latest version of our tool. Lpro boot disk 1.5, the latest version of our tool, allows you to bypass Passcodes and allow Sim, Facetime, and iCloud Sign in to work. This is something that previous versions could not do.

After downloading the file, right-click on it and click on Properties, and unlock the file.

Lpro boot disk can be used to disable iCloud, bypass facetime, and disable passcode in just 5 minutes. This tool supports iOS 15.4, 15.3, and other updates for the iPhone, iPad, and iPod. This tool works with versions 6s through X, single sim to dual-sim phones. This tool has been tested 100% and used by many apple repair shops.

What is Lpro Boot Disk?

The Lpro Boot Disk is a disk that allows you to boot your computer from a flash drive. It can be used to load a new operating system or recovery software onto your computer, but it can also be used to restore the contents of your hard drive to a backup file.

The Lpro Boot Disk is a bootable CD/DVD or USB that can be used to boot a computer into the Lpro Operating System (Lpro OS). Lpro OS is a custom version of Windows that has been specifically designed to run on older computers. The goal of the project is to make it easier for people who need to use a computer that is too old to boot into Windows, but still have a modern operating system installed.